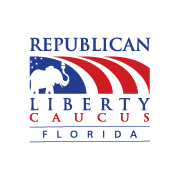 Matt Nye has been a resident of Brevard County since 2001. He is an innovative, self-starting entrepreneur with almost three decades of experience in technology, finance, marketing, and communications.

Nye has worked as a Regional Director for Verteks Consulting, a leading provider of voice and data networks for enterprise and government clients in Florida, since 2008, and is primarily responsible for new business development in the VoIP space.

Nye has earned a reputation as a citizen watchdog by calling out waste, fraud, and abuse in local government. He has filed several ethics complaints that were found to be with merit, including complaints against former District 2 County Commissioner Jim Barfield and sitting District 4 County Commissioner Curt Smith. His most recent complaint against former Brevard Schools CFO Pennie Zuercher is pending.

Working with Clerk of Courts Scott Ellis in 2012, Matt filed the criminal complaint that resulted in the arrest of former Clerk of Courts Mitch Needelman for his role in the $8 million BlueWare bid-rigging scandal. Needelman was arrested and convicted, but juror misconduct resulted in his conviction being tossed, and he is currently scheduled to be re-tried in 2020. Rose Harr, the CEO of BlueWare, was convicted at trial but is free on bail pending appeal. Needelman's associate Matt Dupree took a plea deal and is serving time.

Nye ran for Brevard County Commission in District 4 in 2010 against incumbent Republican Mary Bolin. In spite of having no name ID, being outspent 9-1 and doing no direct mail, Matt pulled 41% of the vote.

In 2018, Nye ran for the Florida House in the primary against incumbent Republican Thad Altman. In spite of being outspent almost three to one, he garnered 44% of the vote. Nye filed to run for the District 52 seat again in January of 2020.

Nye currently lives in Suntree with his wife, Natalia, and their two dogs, Lily & Cookie. He is the son of Ocala natives Ben and Susan Nye. Born in Riverdale, Georgia, and raised in Ocala, Nye has one younger sister, Ellen, who resides in Gainesville with her husband and two sons.